What is the Difference Between a Coach and a Manager? 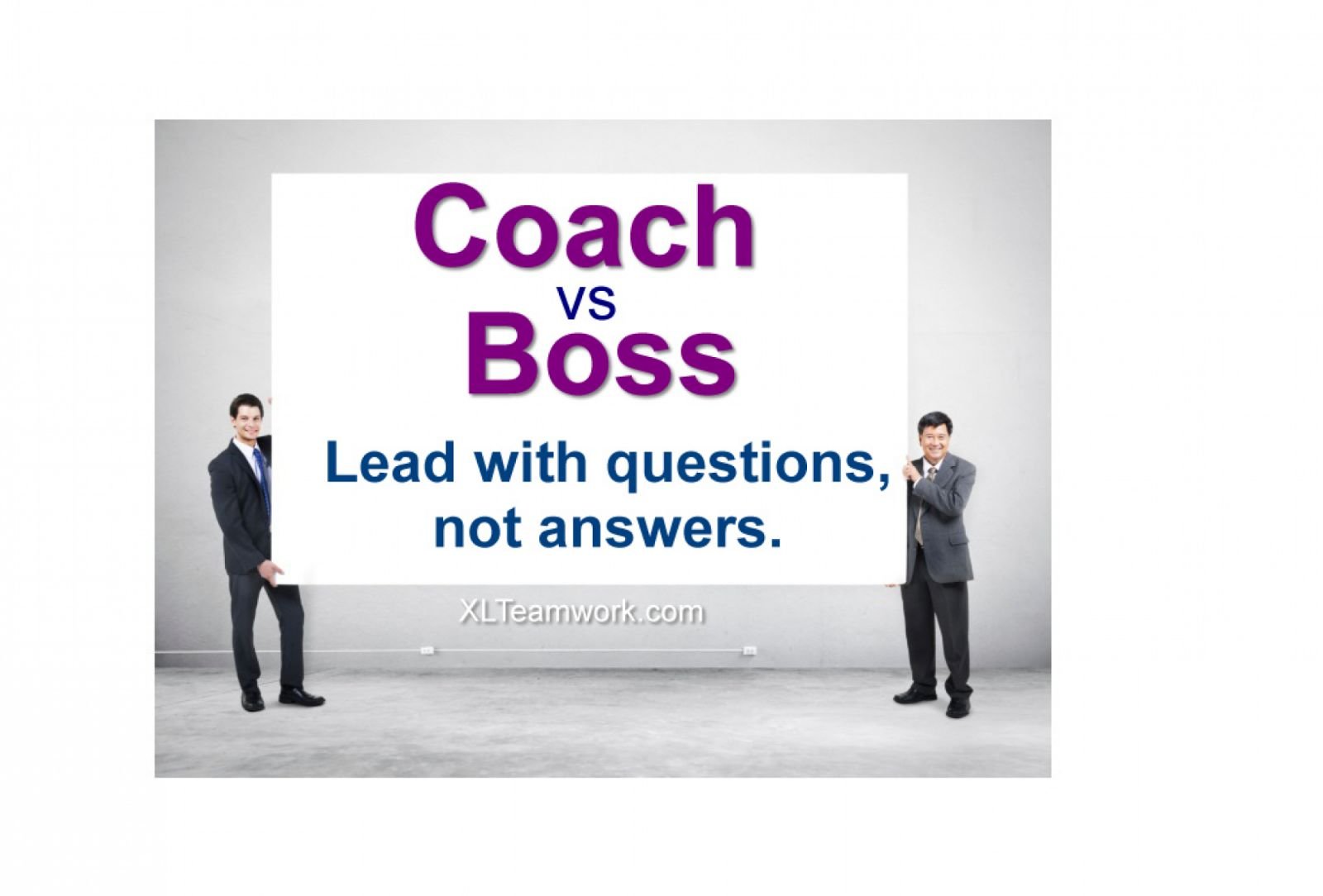 "Management is transactional, while Leadership is Transformational." Management responsibilities can include many areas, from budgeting to planning and reports, and general administration. Leadership, however, also includes the component of leading and supporting people, in a way that will ultimately allow them to achieve, be productive, and experience growth.

To answer the first question, "What's the difference between a Manager (a boss) and a Coach (a leader)?", let's look at some context. One challenge that occurs in most organizations is that people move into the management role once they have mastered some technical competence in a department or role. And so, a great sales person will be promoted to sales management, or a top-notch software engineer developing code for the project is promoted to manage other programmers, or a productive accountant is promoted to Controller or Accounting Manager. The challenge is that the familiarity with the transactional side of management (often viewed as completing a list of tasks and achieving a result) is very different than the competence of leading others (through whom you are now tasked with achieving the result). In the absence of effective leadership development, managers can fall into the habit of dictating to-do lists, micromanaging, or unnecessarily rolling up their sleeves to become a 'Do For' boss or reverse delegator. We've seen new Sales Managers take over the sales process in a client meeting, much to the frustration of the Account Executive who is now responsible for the account. Over the years we've reviewed volumes of 360 Management Feedback reports, and have seen some clear habit/behavior distinctions between what we call the "Boss Manager" and the "Coach Leader".

Here are 5 Key Differences between a Manager/Boss and a Coach/Leader:

A Coach invests time in observing, while a Boss makes quick assumptions.

A Coach uncovers issues to get the the root of a problem, while a Boss takes the quickest route to deal with the surface symptoms.

A Coach supports employees in developing their plans, while a Boss gives them the plan and tells them to follow it. 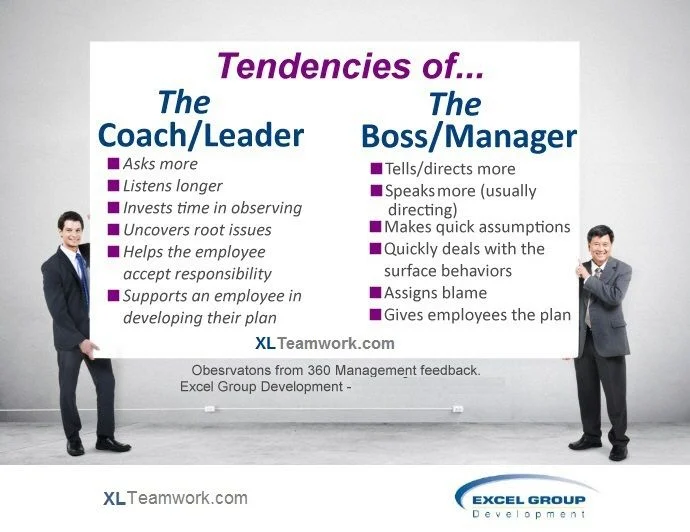 We've all experienced variations of Boss vs. Leader types in our working lives. The truth is, it seems easier and more expedient to "boss" than to coach. But research and anecdotal evidence both show that coach/leaders have more engaged employees, and get better results. Do you have more "boss" types or coaches in your organization? Whether you're the head of a global organization, or just trying to be effective in leading a small team, perhaps it's time to ask yourself - am I more of a boss, or a leader? What would your employees say?

In the Spirit of Growth,